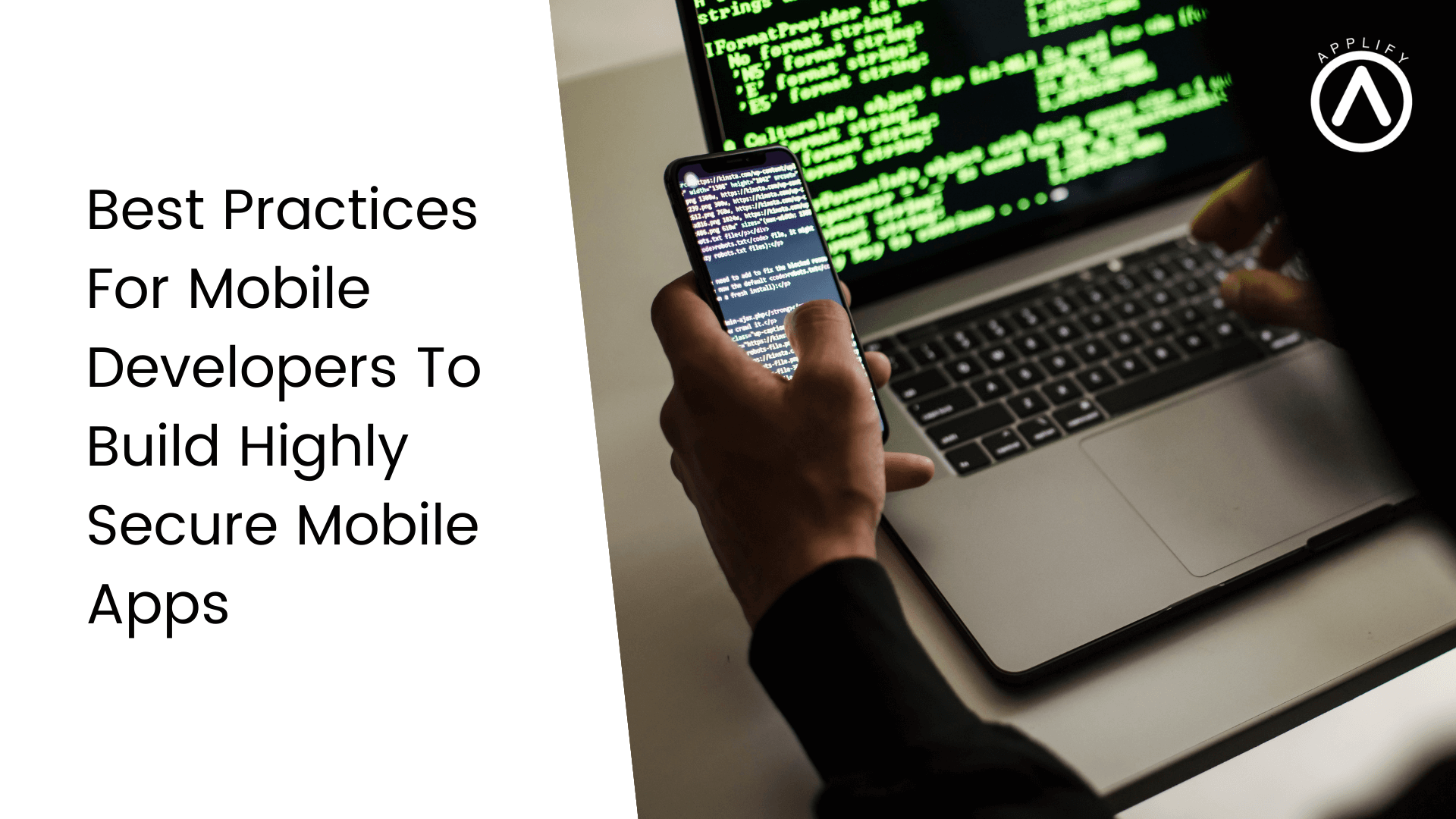 The booming tech advancements have also given way to major security threats. Just as technology is evolving, so are cybercrimes and malware that can cause trouble if not dealt with in time.

So when we talk about the matter of app security, it’s not about an essential feature of the app but a bare necessity. Secure mobile and web apps should be on top priority for app developers in Singapore and around the world.

Today as the majority of our lives are spent on smartphones. For many, their professional lives also revolve around mobile phones. So if you see, there is a giant portion of our personal information that we have given access, to the web.

A single break-in from cyber attackers can make our name, accounts, addresses, and even locations known. These threats have made app developers prioritize app security as much as performance. A single breach can cost valuable client trust that takes a lifetime to build.

Hence there are a number of best practices app developers can engage in for secure mobile apps development.

Data encryption is the best thing that can be done when it comes to app safety. So for mobile app developers, it is a must imply practice while developing an app.

As encryption scrambles the plain text, it makes it difficult to understand. So even if your data is stolen, it will be useless for hackers or cyber attackers.

So much so that even government organizations have to ask for permission in order to access chats as encryption. iOS app development can utilize Apple’s integrated design where security vulnerabilities are far less frequent.

Code security is something that you should keep in mind from day one as an app developer. Bugs and viruses are the first things that cyber attackers use to break into your applications.

Hence it is crucial for you to tighten the security around your code. Obscure it and minify the code so that the attackers can’t modify it in any way. As far as bugs and vulnerabilities are concerned, it is important that you take action as and when you find any errors. Also, your code should be such that it is easy to update and repair.

3. Careful While Using Libraries and APIs

Mobile app developers in Singapore and globally have access to several libraries that let them build innovative applications for Android as well as iOS. But the third-party libraries can come with hazardous consequences.

Some of these libraries can be extremely non-protective of your application. There have been several cases in the past where libraries were flawed and gave access to attackers who could damage your code.

Hence it’s important for app developers and web developers alike to double-check all the libraries they have been using and exercise policy control for the overall security of their apps.

Similarly, the APIs that aren’t authorized might give attackers the permission to penetrate and cause trouble. Hence always use authorized APIs only.

Mobile app developers sometimes add a number of permission access for which the user has to allow certain unnecessary privileges. But the best way of building an app that is secure is the one that requires limited permissions.

The term called the principle of least privilege involves a code that runs with only the permissions that are urgently required and not any more than those.

So if your application can do without the user’s address or phone number, don’t ask for it. Do not pile on any access information that might cause blunders.

Authentication is the process or action of verifying the identity of a user or process. In the highly tech-savvy landscape of Singapore, people tend to fall prey to hacking due to authentication breaches.

In fact, some of the most common hacking attacks result from weak authentication. So as an app developer you can implement a stronger authentication system.

Although setting passwords depends on the users, but you can encourage strong password setups by not accepting weak ones. Urge them to change passwords every few months. Incorporate multi-factor authentication with a combination of password and OTP.

6. Use of Tamper-Detection and Anti-Virus Technologies

Virus and error protection has been a big concern in Singapore. In 2019, using virus checking or protection software was the best-used practice in Singapore with 93% of surveyed enterprises stating that they used such software.

Hence, app developers in Singapore should definitely incorporate tamper detection technologies in their applications. There are also techniques that can help you set alerts if and when your code is being tampered with.

An active tamper-detection deployment can ensure that if the code is modified, it will stop functioning immediately. This way you can always find out that there was a breach and you can take the required measures.

Regular testing is an important practice all app developers should follow. Just like app performance is an ever-evolving process, so is its security. There are new vulnerabilities emerging with time.

You need immediate solutions and actions as soon as you find errors. Testing allows you to know about all the bugs and errors. Mobile app development companies should invest in penetration testing and threat modeling.

These will let you constantly test your apps for vulnerabilities and you can fix them with each update.

Mobile and web app development are something that is not likely to cease in the near future as apps are an integral part of our lives now. Hence it is important for mobile app developers to take great care of what they integrate into their apps.

Security is a concern that needs to be the top priority. Clients should also be aware of the security measures and question the developers about the app’s security.

Looking for a mobile or web app development company in Singapore? You have arrived at just the right place. Applify always strives to build the most secure mobile and web apps for our clients and our developers follow everything the is required to keep your personal data protected.

Connect with us for your next project.

7 Factors That Can Significantly Affect Your Mobile App Development Time

Vaishali Uniyal - December 14, 2021
0
Today when a huge majority of our lives is dominated by smartphone and mobile applications, the app development industry is on an...

UX Design: How to Use Animations in Mobile Applications

Vaishali Uniyal - December 15, 2020
0
Humans are visually driven creatures. Our mind is attracted to imagery more than textual concepts. And what is the better way to increase the...

What are the benefits of Hybrid App Development in Singapore?

Vaishali Uniyal - December 27, 2021
0
The surging popularity of mobile and web applications has pushed developers and designers to search for different kinds of developments. Nowadays most...

What Are Enterprise Apps and Why Your Business Needs One?

Snigdha Sachar - January 22, 2019
0
Singapore has quickly established itself into a tech hub within the last decade. With the highest rankings in the World Economic Forum’s Networked Readiness Index...

Applify Proud to be Listed as the Best Web Design Agency in Singapore by...

Vaishali Uniyal - December 8, 2020
0
Applify has been a mobile and web app solution provider since 2014. Our team of veteran tech enthusiasts is grounded in innovation, focused on...