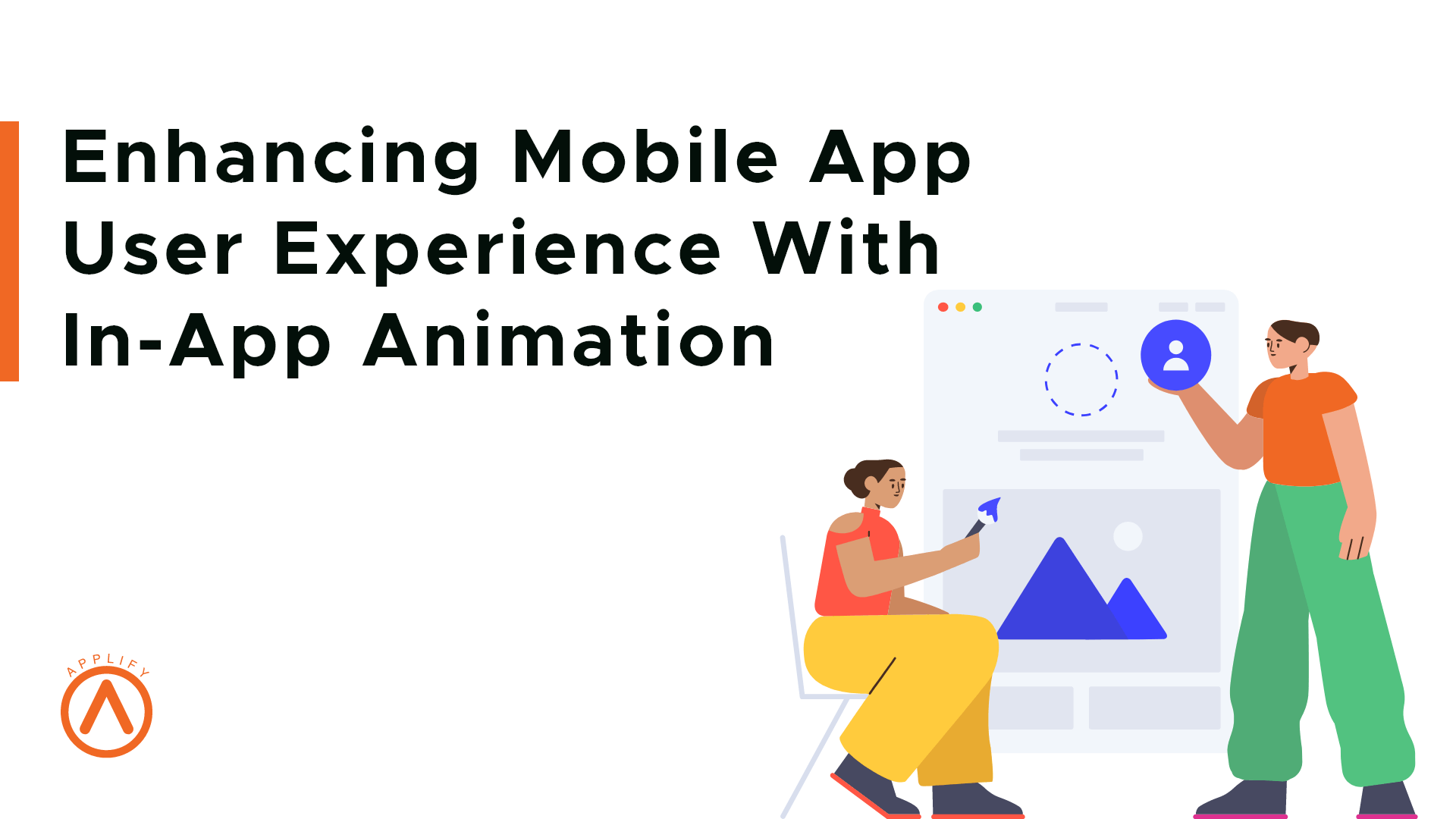 Humans are visually driven creatures. Our mind is attracted to imagery more than textual concepts. And what is the better way to increase the impact of images than to add animations to them? Catchy and bright elements catch attention and help differentiate an app from its competitors.

Today more and more designers are incorporating animation as a functional element for a better user experience. In today’s technically advanced world, animation is not just for amusement but it is one of the most important tools for a successful interaction. At the same time, it is important to know the right time as well as the right place to embed an animation. Good UI animations are meaningful, purposeful, and functional.

WHAT IS FUNCTIONAL ANIMATION?

Functional animation is a subtle animation incorporated in the UI design as a part of the functionality of that design. This animation completely transforms the design and has a very logical purpose i.e. to reduce the cognitive load.

It is safe to say that animation brings UI to life. Functional animation helps us create an intuitive and responsive design. In today’s world, a human-centered design approach is a key that leads to a successful UI experience. The one where the user is the prime focus.

The Role Of Functional Animations In User Interface Design

A well designed and tested functional animation fulfills not just one but multiple functions. Let’s take a look at them:

A good and interactive design provides us with user feedback. Feedback makes you feel like you’re interacting with real elements on the screen and demonstrates the result of this interaction.

The basic idea of well-designed UI elements is such that the buttons and controls should appear tangible to users. Even though they are behind the screen but that gap can be filled with visual and motion cues.

Visual feedback also makes a strong case when you need to inform your users about the results of an operation. In case an operation is unsuccessful, functional animation provides information about the problem in a good way. For instance, a head shake animation can be used when a wrong password is entered by a user.

The users using your app for the first time often need help to understand how to use the appy, more so in the case of interfaces with unfamiliar or unique concepts. Without help, users might end up feeling lost and confused about interacting with your app.

So in order to let them use your UI in a better way, you can use a set of visual hints which convey the possibilities of different interactions. This kind of functional animation drives a user’s attention to the possible interactions and helps in a better user experience.

Navigational transitions are movements between different states in an app i.e. from a high-level view to a detailed view. State changes often involve hard cuts by default which can make them confusing. The best way to make the navigational transitions is by adding functional animation. It will let users navigate smoothly between different contexts while also explaining changes on the screen with help of visual components.

We have many apps with the same features in the Google Play Store and Apple Store. It’s possible that all of them have a great UX design but that is not the only thing you need. To stand out from the crowd, you have to also establish an emotional engagement with users. Branding animation is your holy grail for this type of engagement. Use it as a marketing tool by supporting a company’s brand values or highlight a product’s strengths while also providing the users with a great UX. Although this approach might not be clearly user-centered, it has a functional purpose.

How To Find A Balance?

Although animations provide a good visual effect on your app, it is also really important to draw the line between when an animation is and isn’t appropriate. Here are a few ways you can do just that:

The animations in your app must always be purposeful. Do not embed them at unnecessary places. When an animation doesn’t fit a functional purpose, it will only act as an annoying component. This can be in a case when an animation is slowing down a process that could have been faster without it.

Whenever you are thinking of adding an animation to your app, it is important that you test it in the real-world i.e. iterative prototyping and testing with actual users. Prototyping makes it clear as to how the animation is intended to be used in a design. With this methodology, you will get a clearer picture and get to know the flaws in your app. Iterating numerous times will make your animation look great.

Identifying the correct places for animation utility is an essential part of the creation. If you are thinking of using animations in your designs, they have to be well built. When done correctly, animation can completely transform your digital product from just a sequence of screens to a memorable experience for users.

If you are looking forward to developing an app, request a quote here.

What Makes an App Stand Out?

Snigdha Sachar - December 7, 2018
0
There are over 2 million apps each on the Apple App Store as well as Google Play. There are multiple apps for everything you want...

7 Factors That Can Significantly Affect Your Mobile App Development Time

Vaishali Uniyal - December 14, 2021
0
Today when a huge majority of our lives is dominated by smartphone and mobile applications, the app development industry is on an...

What Are Enterprise Apps and Why Your Business Needs One?

Snigdha Sachar - January 22, 2019
0
Singapore has quickly established itself into a tech hub within the last decade. With the highest rankings in the World Economic Forum’s Networked Readiness Index...

Vaishali Uniyal - March 4, 2022
0
Wearable devices and smartwatches have been trending amongst millennials for quite some time now. Until a few years ago, wearable technology was...

7 challenges that engineers face while developing a mobile app

Applify - April 14, 2022
0
Building a mobile app is not imperative for every business. But a mobile app can add value in terms of brand reinforcement,...